In Canada, a big part of being successful with your wealth is proper tax planning. Unfortunately, it is a bit late for any 2010 tax planning, so let us concentrate on some ideas for your 2010 tax filing to ensure you at least get the maximum tax avoidance from what did transpire in 2010. In a future column we will discuss tax planning and arranging your affairs to be more tax efficient. Paying the taxman, as little as possible, might just be your best investment or saving idea.

The following is a series of prompts and reminders more than anything else. As a fee only planner, I assist clients with their tax returns and their tax matters with CRA. Many of the ideas following are straight from my client’s files. I know that many specific deductions and credits can be very complicated but hopefully I can get you in position to ask the right questions or at least recognize that a question needs asking.

Let’s discuss first the everyday deductions and then the everyday credits. Few deductions outside of your RSP and Pension contributions are available except to business owners and self employed professionals. Some that are available would include: Annual dues – do I belong to something related to work?; Child care – did you pay anyone such as a baby sitter, including a sibling 16 or older, an after (or before) school program, a sports organization, to be with or to occupy your child, while you were off to work or school?; Carrying charges and interest – did you pay for storage, management or interest on loans to buy anything that might make you some money? Safety deposit boxes which hold investment certificates would be a good example; Other Employment Expenses – did you have to pay for anything your boss or company did not reimburse you for? Using your car at work, providing supplies or taking turns bringing donuts to the staff meeting are things that your company should provide; Moving expenses – did you move 40 km or more to take a new job or go to school and paid for trucks, gas for cars, legal and real estate commissions, a 24 for friends, boxes? A post secondary student that lives away from home could have 6 to 10 deductible moves.

Credits are now more plentiful, since CRA believes that they are fairer than deductions. With deductions a high income earner gets a bigger benefit than a low income earner. With credits they are all of the same value, the amount allowed times the first marginal tax rate, which is the same for everyone.

Many of the most difficult credits are health related. Some of these credits would be: an eligible dependant, an infirm dependant and the caregiver amount – is there a close relative that lives with you because of low income or is disabled?; Disability amount or Disability amount from a dependant (or spouse) – these credits require that the disabled person have an approved certificate on file with CRA signed by a medical professional. The wording of the certificate, often dissuades people from applying, but remember the form is a checklist, not the law. A careful consideration by a professional is necessary here. The elderly are often forgotten . Your parent’s declining health may have taken them past the point of qualification. It is a gradual progression usually never jumping out at you, that their mobility, their sight, etc., may have deteriorated to the point of it being a qualified disability. We see many individuals in the last few years of their life that fail to apply even though they would now qualify. Sad to say but an earlier than expected death supports the thesis that there was something terribly wrong, so we often apply post mortem. CRA allows you to request a claim for the disability tax credit, as many as ten years in the past. Already this year, I have two clients with retroactive adjustment requests of three and eight years respectively.

Some problems that should be avoided. Making early RSP contributions. If you have been following the oft provided advice of putting in the current year’s RSP contribution (2011s not 2010s) right away in January, make sure you include that slip in your 2010 tax return, even though it is for the coming year. To not do so is generating annoying inquires from CRA. CRA sees them as 2010 over-contributions unless you tell them otherwise on schedule 7. Another issue looming very large is that of undeclared income. Accidental or not, if you miss a slip in 2 of the last 4 years (CRA calls it a repeated failure to report income), you will be subject to a large penalty on the undeclared income. Such penalty is 20% of the income. For some that is more than the tax, and relief from CRA is almost impossible to obtain. Worse, the penalty is assessed on the 2nd occurrence and if the first time was a small amount and the second time a large amount, you will be most unhappy. Reliability from Canada Post has never been so important. 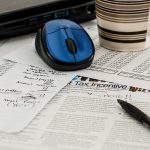 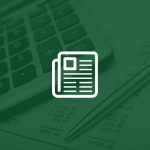