In everyday discussions, about anything at all, it is common to encounter the terms; Baby Boomer, Generation X and Millennials. Can people really be categorized so easily that the discussions and any conclusions must be varied for these groupings of individuals? Are we really so different based on when we were born?

I recently returned from the Investment and Wealth Institute Annual Conference (a US organization) and a major theme throughout the sessions was “Millennials” and how they differ. This was of particular interest to me, since we have been trying for years now to master delivery of our services to young people. We have tried to tailor our offering to reflect how a young person’s finances are different than older clients’ primarily due to their current position in their life cycle, or stage of life. However, this approach ignored how their values; life experiences; changes in environment and different influences shape their needs.

Before we go further, let us sort out what we mean by Millennials. The roughest definition is they are the kids of Baby Boomers but it is not that simple. Marketers usual consider that Baby Boomers are defined as those born in 1946 through 1965 after which birth rates started to drop rapidly creating a small group born from 1966 through 1971 referred to as Baby Busters. This small group is usually combined with the group of the earliest children of the Baby Boomers, called Early Echos born from 1972 through at least 1980 into a large cohort called Generation X spanning 1965 to 1980. So for most marketers, you will find that Millennials are those later Boomer children called Late Echos (post personal computers), 1981 through 1992 plus post internet babies born 1993 through 2000. Generation Z follows to present. Psychologists and other professional bodies will have different start and stop years and US and Canada have some variation.

The personal computer was in use before their birth, the internet arose half way through the cohort with the oldest still a young teen. As teenagers or young adults they experienced a seismic shift in their perceived safety with 9/11 and the rise of schools shootings in the US. Canadian children and young adults were affected by these US events because of high television use. As the oldest entered adulthood, smartphones were rolling out and most Millennials cannot remember a day without one.

Their upbringing was influenced by being nurtured by omnipresent parents, who were optimistic, and focused. They respect authority and gain comfort from falling crime rates but they have still observed that the world is not a safe place. Importantly they seem to schedule everything and feel enormous pressure to succeed academically. Being all born into a digital world, they identify as a unique generation. Of course, they prefer digital literacy and get almost all their information and most of their socialization from the internet. With unlimited access to information, they tend to be assertive with strong views and envision the world as a fast paced 24/7 place.   Having been told over and over again that they are special, they expect the world to treat them that way. They do not live to work, they prefer a more relaxed work environment with a lot of hand holding and accolades.

As young adults entering the work force, their plans were dashed by a recession in 2008 and watched their parents’ plans turned upside down by a devastating market correction.

So, as advisors and parents, how do we help them realize their goals and build their finances to support those goals? Well, first we re-read the above two paragraphs and conclude, that they are not us. Second, we conclude that they are unique because of their life experiences thus their likely life cycle has shifted dramatically.

They want families and children like other generations but they are aware of the high divorce rates experienced by the generation before them (genXers). They are forming families differently and later. Baby Boomers formed families through marriage and children in our 20s with expectations of working only to their late 50s or early 60s thus improving on their parents’ retirement experience. Millennials are forming families through cohabitation in their 30s and have little thought for their retirement. They are observing that their parents often would prefer not to retire (and many are choosing not too). Working in a job that feeds their values and sense of worth is not seen as something they need to plan to leave. They see generally very healthy 60 to 90 year olds and do not necessarily develop the same concern for the end of work that baby boomers did, observing parents whose functions fell dramatically. 65 is the new 50. They see this and it is getting better.

As parents and advisors, we need to realize they may need to rush less to achieve more. They have the advantage of a gig economy, where short bursts of work can be used to supplement goals. They can pursue their passions by paying the bills with a side hustle. Where was this abundance of temporary part time jobs when we wanted flexibility? They can pursue laptop jobs, which allow them to work anywhere, easing the blending of personal and work time.

So as a financial planner or a parent, we want to accept these conditions and adapt. A small amount of money saved from every gig or hustle is still wise, but maybe for shorter term goals not for financial independence at a young age. Paying down the mortgage is still wise but not because they will pay 3 times the cost of the house because of interest but because interest rates may go up not down and a smaller principal brings safety to this unknown. Investments in companies that damage the environment and create climate change, making their life less enjoyable is both not smart and not necessary. We need to embrace their social consciousness not disparage it. Their growth of assets will be slower and stretched out but the need for professional advice to curate or interpret the massive amount of information available online begins now. We need services that are affordable and available before they have the wealth not after. Yes, Millennials still need a plan, they even love to plan. Just that their plan is very different than yours.

Gordon Stockman, CA, CPA, CFP, CIM
Vice President – Financial Planning, Efficient Wealth Management Inc. Efficient Wealth Management Inc. was created to provide unbiased, independent, superior financial planning advice, in a fiduciary environment. As part of our planning services, we have been designing and promoting the use of strategic ETF portfolios for 14 years. Our extended mission is to bring portfolio manager services bundled with full financial planning to all investors particularly those usually overlooked due to lack of assets. Gordon is a Chartered Professional Accountant (CPA, CA), a Certified Financial Planner (CFP), a Chartered Investment Manager (CIM) and an Investment Adviser Representative in the State of New York. He has over 20 years of experience in Financial Planning, Portfolio Management and Tax Planning for Canadians and Americans. Gordon is a frequent guest on television and has written numerous articles on investing and financial planning. He has also taught Financial Services and Accounting courses at local colleges.
Recent Posts 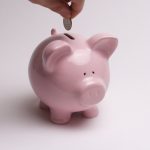