Back in June 2012, I wrote a similar article on the concept of the Black Swan.  I reread it because I read somewhere where Donald Trump was referred to as a Black Swan.  The election of a non-politician to the highest political office in the US is an extraordinary event for sure. Of course this column is about Financial Planning not politics.

What is a Black Swan?

A black swan is just what it sounds like.  A swan is normally white but every once in a while one is born all black.  Genetically this is not possible.  Swan DNA is wired for white only.  In other words, black swans should not be possible, but they do exist and are considered to be a random mutation.  The financial markets can behave just as unpredictably.  Therefore random and unexplained extreme events in the financial markets are referred to as Black Swan events.

Statistically, the financial markets are capable of such events only once in a century.  I will skip the math, but essentially, based on the usual ups and downs in the market, most movements must fall within a predictable range.  Experience tells us that the math does need some leeway for unusual corrections; these are thought of as fat tails on the graph. But even then it predicts events like the financial crisis to come only once a century.  This is quite contrary to recent observation.  The financial crisis in 2008 was preceded by the tech burst in early 2000s which were preceded by the Asian crisis and the Long Term Credit Management in 1998.  The past century has seen numerous “once in a century” events such as: the 1929 crash, the 1968 market plunge, the 1974 oil crisis, the 1987 stock market drop and the 1989 Japanese bubble burst to name a few. Clearly the math needs to be adjusted to recognize that being surprised on a 5 to 7 year basis is somewhat expected.  The next black swan is out there, but because of its unpredictability, we do not know where or when it will appear.

Markets After the Financial Crisis of 2008

So, what is the point?  Well, in the past I have written about how 2008 left us in an unusually risky place.  The US and Canadian governments reacted fast, aggressively and probably correctly given the circumstances.  However, this left us in a vulnerable position.  For the first time since the depression of the 1930s, the extent of their support may have left them too weak to respond to a following crisis even after 8 years on.  It is for this reason that I have been preaching caution, patience and discipline.  It is not that I know another crisis is coming but that if it does, it could be worse than 2008 or certainly as bad.  We have lost our line of last support- effective government response.   We are also in unexplored territory with negative interest rates common around the world.

All the problems that caused the financial crisis are still present with us so a repeat of 2008 is possible, we just do not know how probable. We also know that the markets are not operating like they did in the past.  It is observed that over ninety percent of daily trading is hedge funds and program trading.  These trades are by the second, so clearly their objectives and goals are different than yours, as a long term, buy and hold investor.  It is their market not yours.  Markets driven by microsecond computer activity no longer represent a marketplace for the raising and redistribution of investment capital.  Our position is simple: if something is not what it appears to be, but everyone acts like it is unimportant, disappointment is sure to follow.

Now back to the Black Swan.  We do not know when it is coming. It appears likely that it will and if it does, it will be worse than 2008 since the government’s response is likely to be constrained.  So what can you do?  As always, you should embrace that you cannot see the future, but you can prepare for it.  A good portfolio will be OK if a black swan is born.  A good portfolio will likewise be OK if no black swan appears.

Upsets in the market are to be expected, so do not be surprised.   Prepare with prudence, caution, patience and discipline.  Be ready to welcome and feed the swan.

Financial Planning- A review and analysis of a person’s current financial and personal circumstances, present and future financial needs, priorities and objectives, the risks associated with his or her current circumstances, future needs, objectives and priorities which can but need not include the establishment of strategies to address and mitigate these matters whether or not a formal financial plan is prepared. –Per the Expert Committee to Consider Financial Advisory and Financial Planning Policy Alternatives 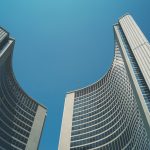 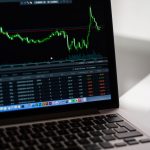