Sharing Tax Information Around the Globe.

There was a time, when the only taxman you worried about was Canada Revenue Agency(CRA).  Last year that changed.  The United States taxes its citizens, residents and green-card holders (collectively, US persons) on their worldwide income, regardless of whether they live in the United States or not.  It is the only country in the world to do so.  The CRA, in contrast, only taxes persons resident in Canada.

In search of that worldwide income, the US passed a very onerous law last year.  The Foreign Account Tax Compliance Act (FATCA) is a United States federal law that requires United States persons, including individuals who live outside the United States, to report their financial accounts held outside of the United States, and requires foreign financial institutions to report to the Internal Revenue Service (IRS) about their US clients. FATCA is an attempt to make it more difficult for US taxpayers to conceal assets held in offshore accounts and shell corporations, and thus to recoup federal tax revenues

US Persons Living In Canada

If you’re a US person living in Canada, you’re generally required to file both a Canadian and a US income tax return.  In the past, the IRS may have no idea where to even find you.  Many US Persons living in Canada have little or no connection to the US.  Their whereabouts, let alone their assets were not determinable, until now.  The government of Canada has agreed to cooperate with this US law by promise of reciprocity.  That is the US government will share with CRA knowledge about Canadians and their assets.

US Persons can no longer ignore their requirements to file information with the US IRS and/or the US Treasury Department.  Although there are several mechanisms in place to prevent double taxation, the many differences between the two tax systems can still lead to unexpected tax liabilities— for example, tax on capital gains or losses on the sale of capital property, exempt municipal bonds, income earned in a TFSA and RESP, and many others. In 2013, the US introduced a new Net Investment Income Tax which can create a US tax liability which cannot be offset with a foreign tax credit for Canadian taxes paid.  Seniors drawing Social Security may now have taxes payable in the US, where before, when working they did not.  Even if you are sure you have no income due, if you have a RRSP or a RRIF and most US Persons living here would, the only way to file the proper election in the US each year is to file a form that is part of the US tax return.  In addition, financial assets in Canada above a small threshold require a reporting to the US Treasury Department.

Canada Revenue, in its wisdom, has decided that these US Persons’ financial assets reports to the US Treasury are such a good idea that they have increased the collection of data from Canadians about their assets outside of Canada.  Since the mid 1990s, Canadians have had to file a declaration of their foreign property.  On your personal tax return (corporate returns as well) you must answer the question “Did you own or hold foreign property at any time in the year with a total cost of more than CAN$100,000?”  If the answer to this question is Yes, then form T1135 must be completed.  Starting in 2013, the amount of information required on the form increased.  In fact, we find the information even more detailed and harder to assemble than the US Persons report to the US Treasury.  Canada has taken a good idea and turned it into a nightmare for compliance.  There were some transitional rules in 2013, but some have been removed for 2014 and onward.

Considerable detailed information is now required.   In the past, taxpayers and/or their tax return preparers never needed this information – it’s not in their files.   Investment advisors never needed this information for their clients so the investment industry was only helpful on a spot basis in 2013 and the jury is still out if all clients will receive the necessary help with the information in 2014.  It will come as a surprise to most, the many of the assets that require reporting and the few that do not.  Considerable work is needed to prepare this form and if you are using a tax preparer get ready for a larger fee.  We are hopeful in 2014 that with the help of the investment community there will only be a slight increase in preparation work and thus small increases in the fees charged.  In 2013, we surprised numerous clients with hundreds of dollars of unexpected fees trying to comply.  We did so knowing that, even after hours of additional work, we still only came up with good estimates. 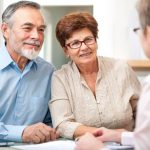