This week I had two great reminders about the importance of securing a financial plan before proceeding with any investment strategy.  We were approached by two different couples for two different reasons and I was surprised both times.

The first couple approached us to do their income tax returns.  We were referred by a financial planning client who knows our firm does tax returns with our specialty being investors, seniors and US filers.  As I am collecting and helping them assemble their tax information, I become aware of a few things.  First, they came to us primarily because they are new landlords and have never filed a return with rental income.   As it turns out, they are not just new landlords; they are also relatively new market investors.  They have recently sold their city home and, not being ready to move to their newly acquired retirement home for another two years, they have rented it.  They are living in a rental apartment for now.  The proceeds of the city home have been used to top up their RSPs and invested for the long term.  The RSP deposits were very large, given they had used little of their room available in the past.  The new investment plan is great.  A low cost ETF portfolio from a broker that is charging a competitive monthly fee (still too high though).

The tax situation was another matter.  First, the RSP deposits are so large that all of the amount contributed should not be deducted in a single year.  If they did, they would find themselves in the lowest tax or no tax bracket.  Clearly, some of the contributions should be held back for use in future years.  HOWEVER, this couple is going to be retired in less than two years and will be unable to use the contributions efficiently before their incomes drop to much lower levels.  In this case, they will likely be withdrawing the money from the RSP in the future at a tax rate higher than the rate applied to the deduction.  They will be paying CRA for the pleasure of putting money in their RSP.   Second, TFSAs were not effectively used.  All amounts not fitting into the RSPs were invested in a standard taxable investment account.  Third, this is all made worse (tax ways) by implementing the same standard portfolio in both the registered and the non-registered account.  There are both equities and income producing ETFs in all accounts.  It would have been a simple change to think of the portfolio as a whole and allocate the income producing investments to the registered accounts and the equities to the non-registered.  Doing so would reduce the overall tax bill each and every year.

To make my week even brighter, another couple shows up the next evening for some financial planning advice.  They were seeking a fee for service planner (we call it advice for a fee), having lost trust in the use of commission driven agents.  Before they continued further with more investing, they wanted to feel comfortable they were doing the right things.  What brought them to us was their investments and legitimately so, since the investments were mostly high MER mutual funds.  As the discussion ensues I am struck by how the MER problem is the simplest problem in front of me.  They own and operate a small business.  The business is incorporated and is the largest source of wealth for the family.  This important source of wealth is treated as an outsider and not integrated to the family’s future wealth building plan.  Tax planning opportunities have not been addressed.  Improved wealth building ideas have not been implemented.  Their accountant has certainly never had a conversation with their investment advisor (I don’t care if the advisor’s card reads financial planner if no planning is evident) and it shows.    What has begun as a search for a more trusted opinion on investments has resulted in a complete review of the possibilities for wealth building and tax savings with better use of the corporation.

The conclusion I am trying to lead you to, is that dealing with investments in isolation from the family and personal situation can lead to very flawed outcomes.  Financial considerations, tax situations and investment implementations are best executed in conjunction with each other, not separate from each other.  Most financial professionals involved with investments make their money off the investments.  Is it a wonder that the other non-income producing issues get ignored?

Efficient Wealth Management has created a new coaching program called The Gratifying Harvest.  The program helps you enjoy your future by carefully harvesting cash flow from your lifetime of savings or preparing you to do so.  We thought a column devoted to this pleasing idea would be great. 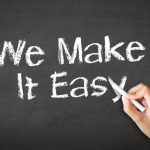 Shuffle off to the ShuffleThe Gratifying Harvest 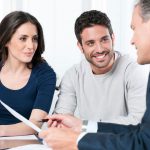