Many Canadian investors are currently spending an awful lot of time watching the US news networks, trying to catch the latest on the credit crunch, the bailouts and the continuing bankruptcies.

For almost two weeks, we watched and waited for the hammering out of a deal that could go to congress, so that the US Treasury department could provide some $700 billion additional assistance to the credit markets. The bailout jockeying is so riveting that it was almost easy to miss the sale of America’s LARGEST Savings and Loan, Washington Mutual, to JPMorgan to avoid bankruptcy. The two weeks before that we watched as Lehman Brothers, a financial company that was 158 years old, had survived both the civil war and the Great Depression of the 1930’s, filed for bankruptcy. Those same weeks saw Merrill Lynch, the most “Main Street” of all the large brokerages, be quickly purchased by the Bank of America, to avoid a similar fate. Most surprising to some was the takeover of American International Group, AIG, by the federal government. AIG was the WORLD’S largest insurer and it needed to be rescued.

Financial companies normally make money borrowing from one party and lending to another. You put a deposit in a bank, then the bank lends that to someone like a business and collects interest. It operates on receiving much more interest from the business loan than they pay you on your deposit. If I am not a bank taking deposits, what do I do? Well similarly, I go borrow some money from a lender and turn around and lend it to someone else. Just like a bank, I live off the spread. Now here is where the envelope got pushed in four areas:

So what is going on now? They keep calling it a credit crisis, but what does that mean? How does it affect me? What is this crisis? Well, many financial companies lent money to borrowers they should not have loaned to. They also borrowed huge amounts to make these loans. Their borrowings were short term loans that are constantly being renewed and the lenders are not comfortable just renewing and want outright repayment or very high interest rates (they have their own troubles). Particularly now that they know that loans were made to substandard borrowers, who might not repay.

Banks and financial institutions have overnight returned to the position that if they lend money they want to know that it will be paid back. If the borrower is stretched, they want extra interest. If the borrower appears to be a very bad risk they will not lend to them at all. Seems reasonable. In fact, haven’t banks and other large lenders always worked under these scenarios? Well the crisis lies in the answer that NO, they have not acted this way in the recent past and they suddenly are forced to now. The banks around the world have even stopped lending to each other. I do not want your loss to become my loss, you are on your own.

So as an investor, what should you do? First, relax and take this opportunity to learn from others’ mistakes. Do not borrow short term for long term assets, unless you remain lightly leveraged. If you are highly leveraged, stop and reduce it to a level manageable in difficult times. Examine your portfolio for any companies or funds that are highly leveraged. Do not own shares in only one financial company; diversify. Do not own only the financial sector; diversify. Do not own one company’s debt; diversify. Ensure all your GICs and bank accounts are under $100,000.

Your respective portfolios have been constructed with these recommendations in mind….so RELAX. 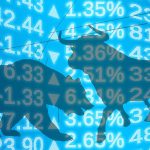 Time to ActValue For Money Investing 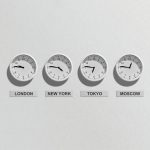 Be Patient!Value For Money Investing