Black Swan (not the movie)

This edition of Value for Money Investing is coming to you from The Money Show, Las Vegas, NV.   Well, actually pool side at Caesar’s Palace. This event is for retail investors, that likely means you, so I have come to brave the scorching sun on your behalf. Since much of the show is focused on investment products we cannot buy in Canada, I have been attending technical sessions, one of which I want to share with you.

A black swan is just what it sounds like. A swan is normally white but every once in a while one is born all black. Genetically this is not possible. Swan DNA is wired for white only. In other words, black swans should not be possible, but they do exist and are considered to be a random mutation. The financial markets can behave just as unpredictably. So, completely random, unexplained extreme events in the financial markets are referred to as Black Swan events.

Statistically, the financial markets are capable of such events only once in a century. I will skip the math, but essentially, based on normally occurring ups and downs in the market, most movements must fall within a predictable range. Experience tells us that the math does need some leeway for unusual corrections (thought of as fat tails on the graph) but even then it predicts events like the financial crisis to come only once a century. This is quite contrary to recent observation. The financial crisis in 2008 was preceded by the tech burst in early 2000s which were preceded by the Asian crisis and the Long Term Credit Management in 1998. Throughout the past century, there have been numerous “once in a century” such events. A few busts in the early part of the last century, the 1929 crash, the 1968 market plunge, the 1974 oil crisis, the 1987 stock market drop, the 1989 Japanese bubble burst to name a few others. Clearly the math needs to be adjusted to recognize that getting surprised on a 5 to 7 year basis is somewhat expected. The next black swan is out there, but because of its randomness, we do not know where, or when it will appear.

So, what is the point? Well, in the past I have written about how 2008 left us in an unusually risky place. The governments in the US and Canada reacted fast, aggressively and probably correctly given the circumstances. This left us in a vulnerable position. For the first time since the depression of the 1930’s, the extent of their support left them too weak to respond to a follow on crisis. It is for this reason that I have been preaching caution, patience and discipline. It is not that I know another crisis is coming but that if it does, it must be worse than 2008. We have lost our backstop and line of last support, effective government response.

All the problems that caused the financial crisis are still present with us so a repeat of 2008 is possible, we just do not know how probable. We also know that the markets are not operating like they did in the past. It is observed that over ninety percent of daily trading is hedge funds and program trading. These trades are by the second, so clearly their objectives and goals are different than yours, if you are a long term, buy and hold investor. It is their market not yours. Being at Caesar’s Palace just drives home the point of a casino and how they operate. Markets driven by micro second computer activity no longer represent a marketplace for the raising and redistribution of investment capital. Our position is simple, if something is not what it appears to be, but everyone acts like this is unimportant, disappointment is sure to follow.

Now back to the Black Swan. We do not know when it is coming, it appears likely that it will and if it does, it will be worse than 2008, since the government’s response is likely to be inadequate.

Prepare with prudence, caution, patience and discipline. Be ready to welcome and feed the swan. 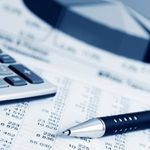 Oh, I Have Slipped the Surly Bonds of Earth…Value For Money Investing 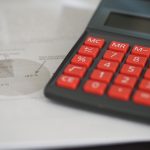